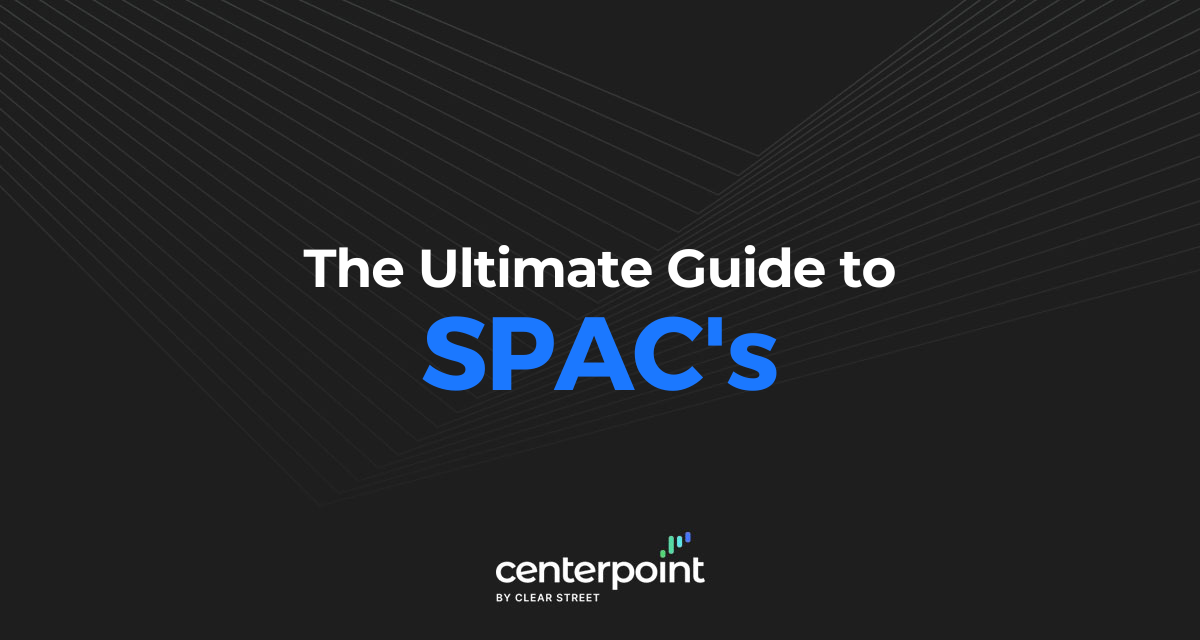 SPACs have made headlines in 2021 as many private companies have come to market through reverse mergers into SPACs. So, what are SPACs and how do they work?

What is a SPAC?

A special purpose acquisition company also referred to as a SPAC is a publicly traded blank check company with the purpose of finding a private company to reverse merge into to become a public company. This bypasses an initial public offering (IPO) but results in a similar outcome for the private company.

In a nutshell, SPACs are a fast way for private companies to become publicly traded companies, sometimes taking weeks to months rather than potentially years for an IPO. 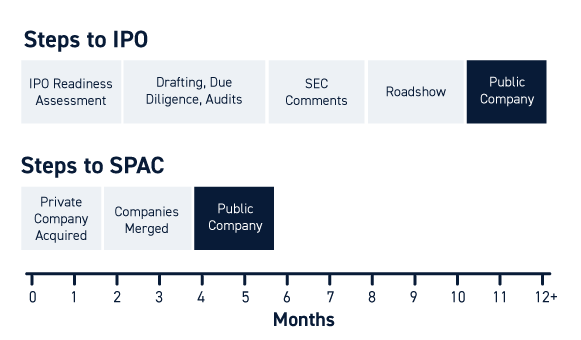 How Does a SPAC Work?

How is a SPAC Formed?

First, the publicly traded entity must be created in the form of a publicly traded blank check, also known as a shell company by sponsors which can include celebrity investors, venture capitalists and private equity firms. A credible and high caliber management team is put together.

The team credentials help to determine the quality of the SPAC. Managers that have had success in the past with other SPACs, IPOs or experience running world class organizations are beneficial.

Once a credible management team is created, the sponsors will take the company public through an IPO. Since they don’t identify the company to acquire, there is less scrutiny by the U.S. Securities and Exchange Commission (SEC) so they are assigned a temporary ticker symbol. Money invested into the SPAC is placed in escrow until an acquisition is made or the two year time limit expires and is returned (minus expenses) back to the investors.

How Does a SPAC Choose a Target?

The goal of the SPAC is to acquire a target company that reverse merges into the entity to form a business combination. Once completion of the business combination after the final shareholder vote, the ticker symbol is then changed to the new company and starts trading again.

The target company is usually one that that fits the management’s acuity or are players in a very hot trend of the moment (IE: electric vehicles, rare earths materials, cloud computing). Once the SPAC makes an agreement with the target company, it’s announced, and shares tend to move based on optimism for the business combination. Even though an agreement may have been made, the actual process isn’t completed until the final vote and symbol change. It is possible for the deal to fall apart before this, so be aware not to chase prices.

How Are Funds Raised Through a SPAC?

The sponsors put up the initial investment into the SPAC and then allows institutional and accredited investors in through a Private Investment in Public Equity (PIPE) program. This is where the majority of the funds come into the SPAC. As mentioned earlier, SPACs generally have two years to find a target or else the PIPE funds (minus expenses) are returned back to the investors.

Components of a SPAC

A SPAC is usually composed of units.

The units are a combination of stock and a warrant. (IE: 1 share and 1 warrant for 100 shares).

Often times, a SPAC stock will be listed as well as the warrants available to trade. Warrants are basically options with a longer expiration, usually five years out.

Both SPACs and IPOs are used to bring a private company public, however, there are distinct pros and cons for each.

IPO’s tend to be more stable due to the underwriters and many institutional investors that have thoroughly researched the company being exposed to roadshows and analysis. IPOs tend to get coverage from the investment banks and tend to provide liquidity. However, IPOs can take anywhere from six months to several years and millions of dollars to happen. That is the biggest con with IPOs, the time, and costs to go public.

SPACs can be completed in weeks to months to go public and then the business combination upon acquisition can happen in months as well at much cheaper costs. 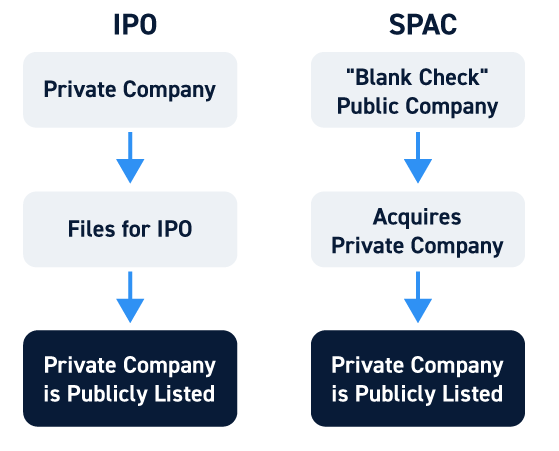 SPACs have been around for over half a century but really gained prominence in 2020 through 2021 as hundreds of SPACs came public. You could actually call it a SPAC bubble as companies hit the market in trends such as electric vehicles, charging stations, rare earth elements, battery technology, sustainable energy and so forth. Most SPACs are priced at $10 which includes 1 share of stock and 1 warrant PIPE investors. At the height of the SPAC bubble, some SPACs were trading almost 1,300% higher, but crashed hard as 2021 began. Also be aware that SPACs tend to sell-off for days to weeks after the symbol change to reflect the new business combination.

Why Are SPACs Appealing to Investors and Traders?

When a SPAC performs great, then it can help fuel the hunger for more SPACs especially in the same sector.

Traders assume that a SPAC can’t trade under $10, but that’s not true. If the SPAC doesn’t acquire a company in two years, then they have to return the money at $10 to investors from the escrow account, but that’s not usually the case.

Big name performers have also helped the SPAC hype like Draft Kings (DKNG) and Virgin Galactic Holdings (SPCE). Both these stocks have proven that SPACs can work, however, there are many more examples of SPACs collapsing than rising. For example, Quantumscape rose to $130s before collapsing to the $20s.

The notion that $10 is a bottom tends to keep SPACs above $10 tentatively. Traders can consider playing the warrants if the SPAC is too volatile or expensive.

What Are the Risks Associated with SPACs? 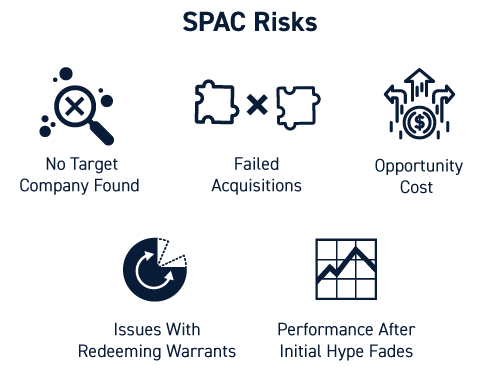 If the SPAC can’t find a target acquisition in two years, then shares can naturally collapse back to the $10 range. There is some safety in that the SPAC has to repurchase all the shares back at $10 minus expenses. The question is how much the expenses have been racked up in those two years.

If you fall into the hype and decide to hold the SPAC longer term, you not only face the potential for sell-off but also have to remember that opportunity costs are prevalent. The capital you invested in the SPAC could have been deployed elsewhere especially if the deal falls apart.

The warrants added the potential for more dilution in the shares. Investors in the PIPE may decide to exercise their warrants if the SPAC value climbs. While this is good for the SPAC to gain more cash, it’s horrible for investors that have to absorb the extra shares and potential for profit taking upon exercise of the shares. It’s a double whammy with dilution and profit taking.

Remember that SPACs tend to sell-off after the symbol change on the reverse merger. The sell-off can range initially from a week to several weeks so it’s best to understand this before deciding to swing a SPAC position. It may be prudent to simply trade these symbols when momentum is there and if there are short-sales available.

Where to Find SPACs

SPACs can be found via various websites and on mainstream media when a widely anticipated SPAC comes to market. Some brokers may provide an opportunity to get in on the PIPE for a SPAC. Be careful and always do your due diligence when investing or trading in SPACs. Treat them like IPOs when they start trading and understand that shares may depreciate on the business combination. 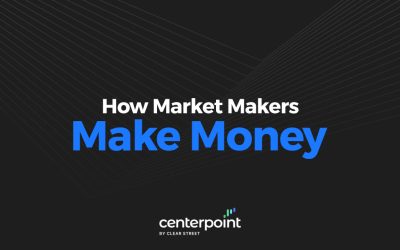 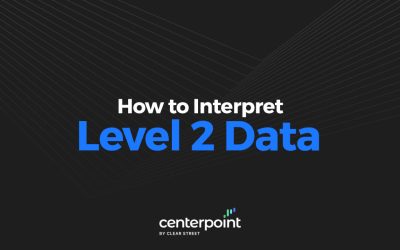 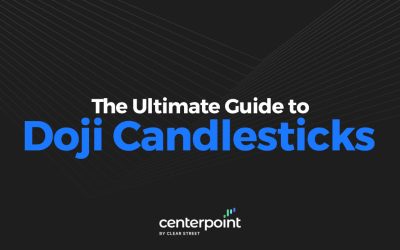 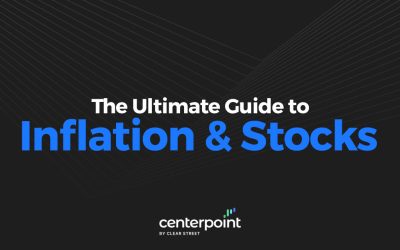 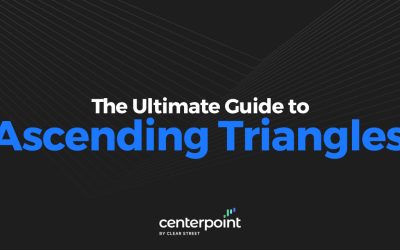